Klezmer bands from Bratislava and Poland will perform in the beautiful old market area, playing a fusion of folk music and Eastern European Jewish folklore in a modern style.  These two Eastern European klezmer groups come together for a good purpose- to support the reconstruction of the New Synagogue in Zilina.

“Both groups represent the absolute best in their genre and all fans of good music will find something they enjoy,” says Palo Maruščák, concert organizer of the civic organization SCENE.  Thanks to him, we hosted the Solamente Orchestra and Ivy Bittovej ensemble in the synagogue in September.  Now, continuing his support of the reconstruction, Palo Maruščák has agreed to donate part of the proceeds to the reconstruction.  Thank you!

Since they began in 1995, Pressburger Klezmer band has acquired a fan following.  They are one of the first Slovak groups inspired by the emotional dance music of Central and Eastern Europe known as klezmer, and are known as the best klezmer group in all of the former Czechoslovakia.  The energetic music combination of Pressburger Klezmer Band includes Jewish, Balkan, and Oriental music, Slovak and Gypsy folklore, and the contemporary preforming styles of jazz, rock, reggae, and Latin music. Preßburger Klezmer Band is one of the leading representatives of the European world music scene. The bandś latest CD Tants Mit Mir won the prestigious RADIO_HEAD award in 2012 for best album of the year in the World/Folk category.  Recently the group finished a successful tour with Grammy winner and leader of the New York band The Klezmatics, Lorinom Sklambergom. 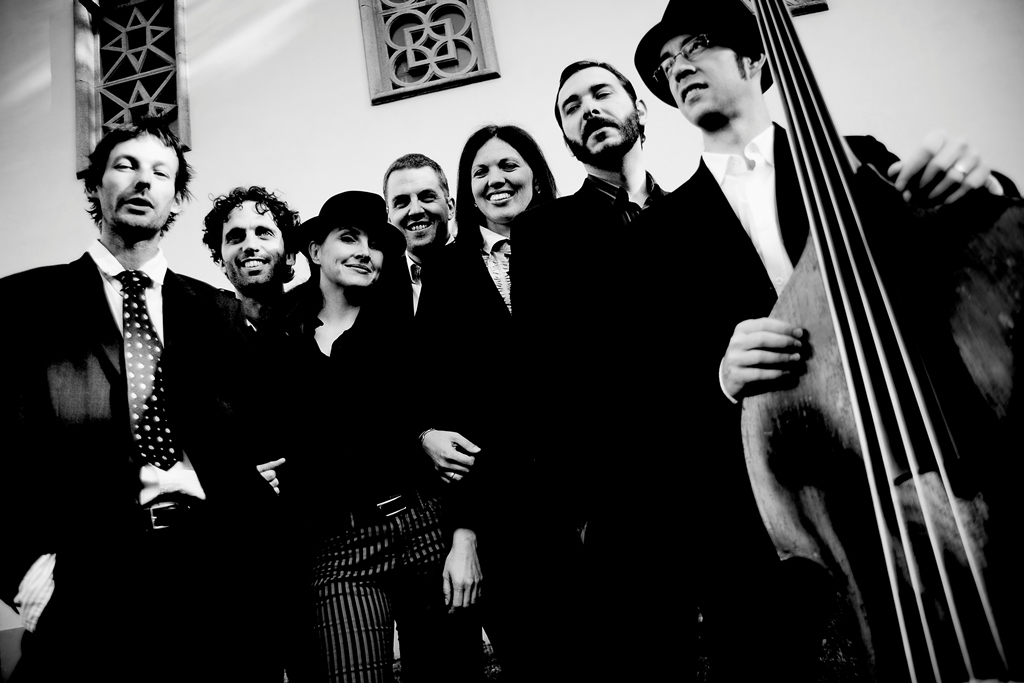